We estimate that by adding the extras virtually, rather than hiring live actors, the producer saved over $5,000.00 on this scene. This is after taking into the cost of the VFX).

In addition, potential damage to this set was avoided (add 50 more people and things tend to get broken or go missing).

The source footage contained only a handful of real people, yet the script called for a large-scale pool party. Besides that, the producers of this film were looking for innovative ways to cut costs, without sacrificing production value. We used inexpensive VFX to solve the problem.

The 3D tracking, character creation, and compositing were straightforward, but placing and animating the characters was a challenge. The 3D and live characters needed to walk convincingly around each other. They had to avoid the live actors. Obviously the 3D characters couldn’t walk on top of, or through live actors, and nothing could look like it was obviously staged to avoid those issues.

Busy days and a sleepless night or two of careful planning, watchful eyes, and elbow grease got us a finished result we (and the producers) were very happy with. 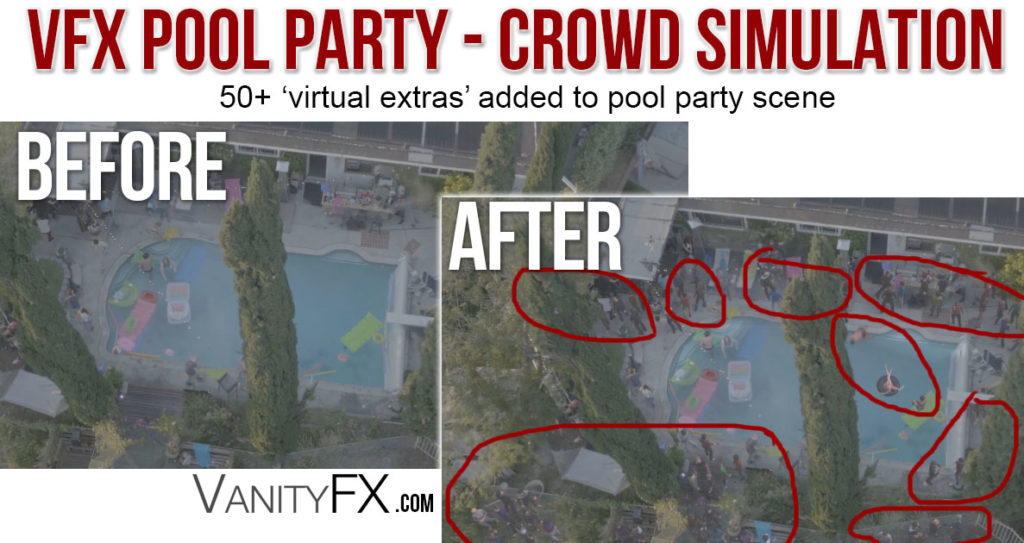 Thanks for checking this out!
Izzy,
VFX for low-budget feature films